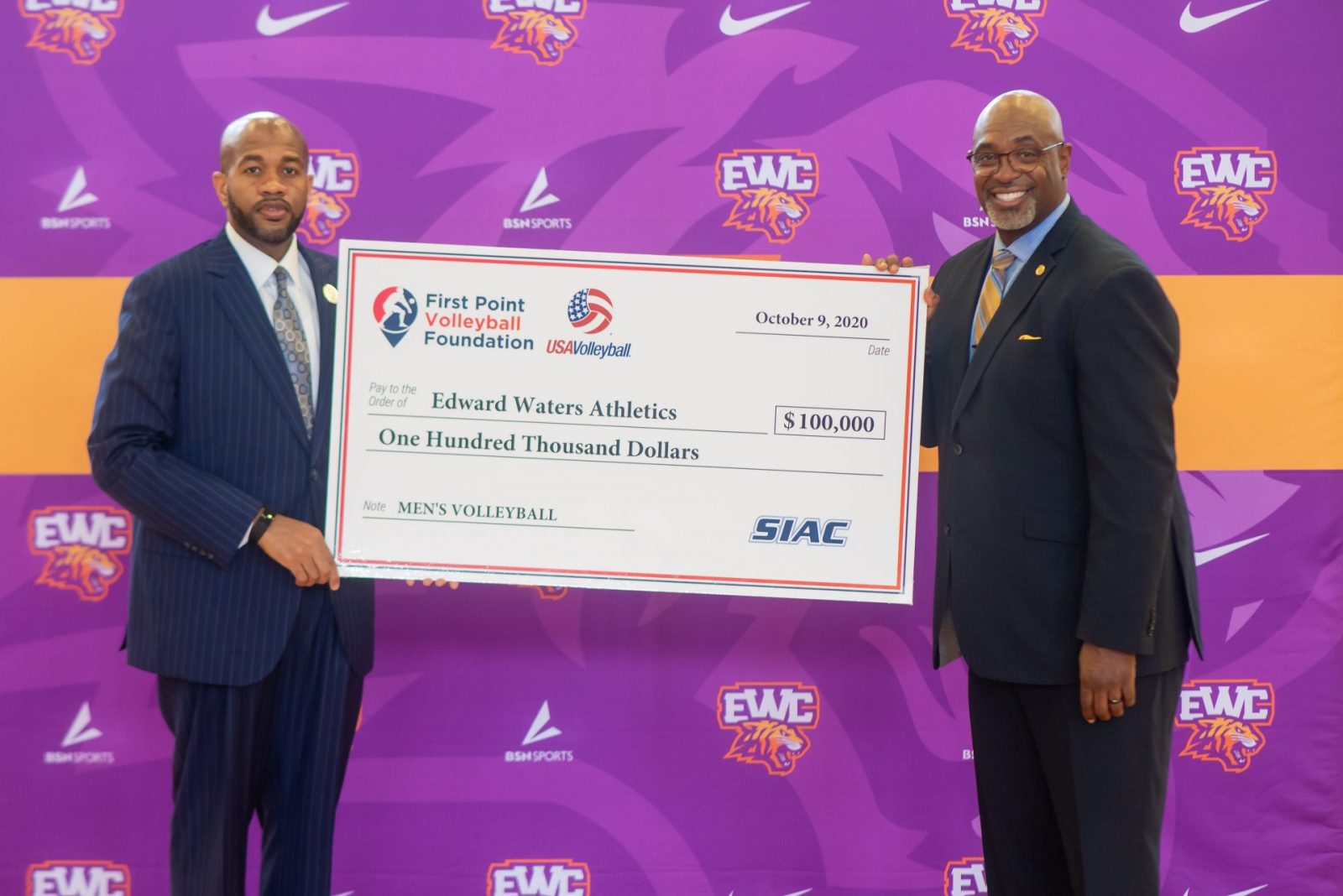 Jacksonville, Florida – Edward Waters College President & Chief Executive Officer, Dr. A. Zachary Faison, Jr., and Director of Intercollegiate Athletics, Dr. Paul A. Bryant announced the launch of the new men’s volleyball program, a 2021-2022 initiative that will be supported in part by a $100,000 grant from First Point Volleyball Foundation and the national governing body of volleyball in the United States, USA Volleyball.

The new Edward Waters men’s volleyball program is part of a national effort to bring the sport to Historically Black Colleges and Universities (HBCU’s). 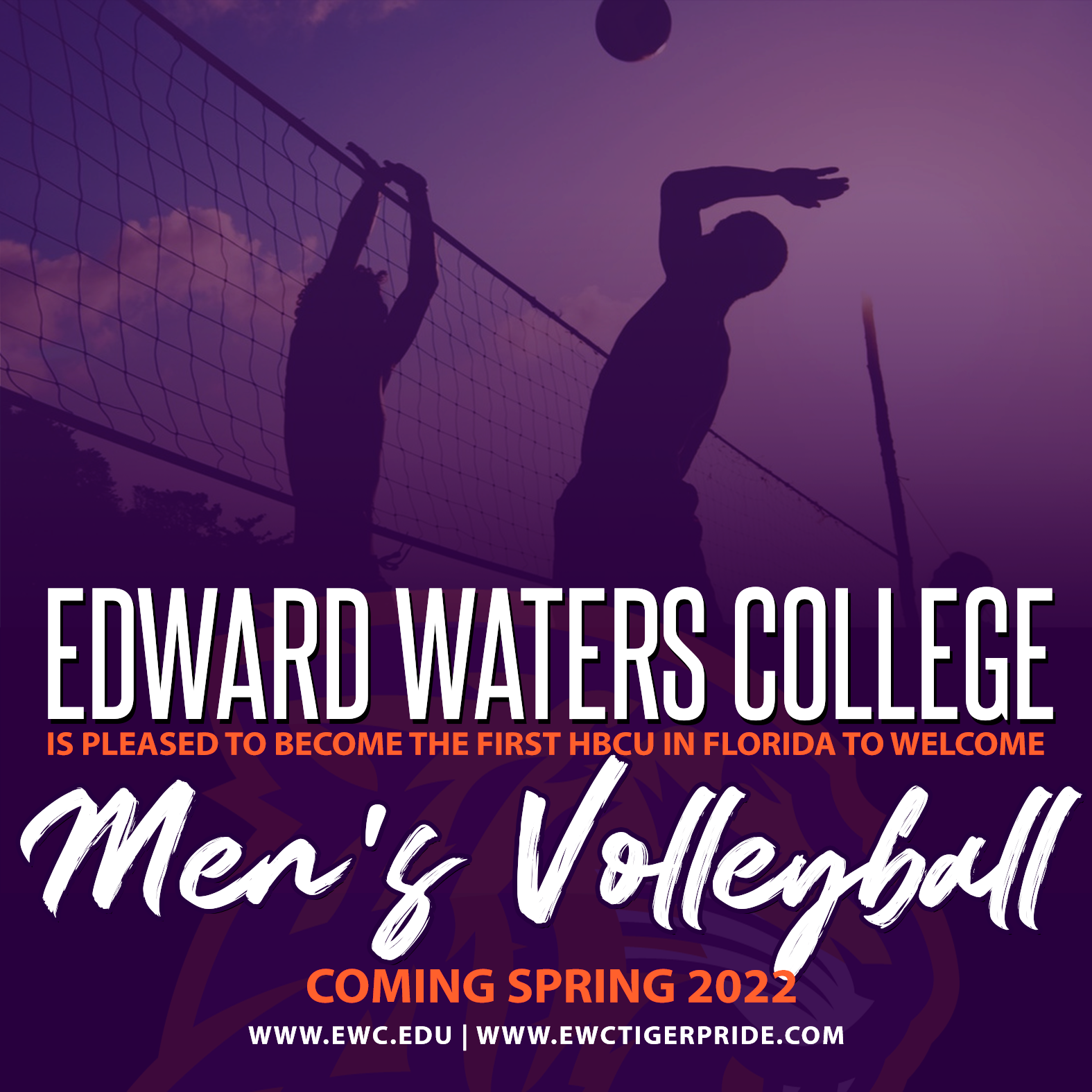 “We are pleased to announce that Edward Waters College, distinctively the state of Florida’s first independent institution of higher learning as well as Florida’s first institution established for the education of African-Americans, will add yet another first to its storied history: the first Florida HBCU to add men’s volleyball to our cadre of intercollegiate athletics,” stated Dr. Faison. “As the institution continues to expand its profile in the administration of best-in-class competition, we will be onboarding approximately 16-20 young men who will honorably represent Tiger Nation and the Emerging Eminence of EWC.” Dr. Faison continued, “I want to thank First Point Volleyball Foundation and USA Volleyball for their support, as well as thank SIAC Commissioner Greg Moore and my fellow HBCU Presidents for extending Edward Waters College an initiation to formally join the SIAC.  Pending a successful transition this year, EWC will be positioned to qualify for and compete in the SIAC Championships.”

Last year, six HBCUs announced the addition of men’s volleyball via a $1 million grant from First Point and USA Volleyball to the Southern Intercollegiate Athletic Conference (SIAC). Edward Waters College, upon its anticipated transition from the NAIA to the NCAA Division II level later this school year, expects to compete in the SIAC in its inaugural men’s volleyball season in 2021-2022.

In July of 2019, Edward Waters College was extended a formal invitation to join the SIAC. The College is currently a member of the National Association of Intercollegiate Athletics (NAIA), and competes in the Gulf Coast Athletic Conference (GCAC). The Tigers compete as an NAIA Independent, but do have a scheduling agreement to compete against SIAC institutions. The SIAC is an NCAA Division II conference that is comprised of Historically Black Colleges and Universities, with all but one of its members located in the Southeastern United States. Edward Waters was previously a member of the SIAC from 1930 to 1935.

“I am pleased that Edward Waters College has been awarded a grant from the First Point Volleyball Foundation, supporting that institution’s efforts to sponsor men’s volleyball,” remarked SIAC Commissioner Greg Moore. “I also extend my congratulations to President Faison and his team as they seek to become the first HBCU to sponsor men’s volleyball in the state of Florida.”

“We are so pleased to make a gift to Edward Waters College athletics. President Faison and Athletics Director Bryant are committed to providing more opportunities for young people to mature and develop through athletics. That is the kind of mission we are proud to support,” said First Point Volleyball Foundation CEO Wade Garard, a co-founder of the organization. “We are impressed with the upward momentum visible within the EWC Athletics community with the football stadium, new turf field, and improvements to the Adams-Jenkins Community Sports & Music Complex.”

“USA Volleyball is proud to be supporting this SIAC initiative to bring men’s varsity volleyball programs to another HBCU in Edward Waters College,” said Jamie Davis, Chief Executive Officer of USA Volleyball. “As the National Governing Body for volleyball, we strive to increase the diversity and inclusion in our sport.  I applaud the leadership of and vision being shown by Commissioner Moore and President Faison, which will surely increase the participation of black men playing volleyball and lead to new athletic and academic opportunities for young boys. This program will serve as a new ‘Path to the Podium’ for these men to potentially join our national teams and represent Team USA across the globe.”

“When a group from First Point Volleyball Foundation approached us about the possibility of adding men’s volleyball, it played well into our plans to expand sports offerings,” said Dr. Bryant, who has served since June 2019 as the ninth full-time Director of Intercollegiate Athletics in EWC history. “Boys’ volleyball is the fastest growing team sport in America for high school boys and there are lots of boys playing the sport in the state of Florida. Men’s professional volleyball is the third most popular sport in the world.”

Speraw further added, “We talk at USA Volleyball about the ‘Path to the Podium’. It is not outlandish to think that a young man playing at EWC in the SIAC conference in 2021 could be an Olympian in 2028 or 2032. Our work at First Point Volleyball is providing more opportunities for young people and it is also building a pipeline for more success at the international level for Team USA for decades to come.”

Edward Waters College is in the preliminary stages of conducting a national search for a head coach of the new program. Inquiries should be directed to Director of Intercollegiate Athletics, Dr. Paul A. Bryant at tigers_sports@EWC.edu.

About the Southern Intercollegiate Athletic Conference

Founded in 1928, USA Volleyball is a non-profit organization recognized by the United States Olympic Committee (USOC) and the International Volleyball Federation (FIVB) as the National Governing Body for the volleyball disciplines of beach, indoor, sitting, snow and beach ParaVolley in the United States. With more than 370,000 registered members, USA Volleyball conducts national championship events, coaching and referee certification programs, and grassroots development across all disciplines in a lifetime sport in which all can participate. USA Volleyball’s teams have won an Olympic medal in every Olympic Games since 1984, four Paralympic medals since 2004 and numerous World Cup, World Championship and Continental Championship titles. For more information on USA Volleyball, visit www.usavolleyball.org. #PathtothePodium

About Boys’ and Men’s Volleyball in the United States

Boys’ volleyball is exploding.  It is the fastest growing team sport in the United States for high school boys, growing at 22% over the last five years.  The 2nd fastest growing sport grew by only 10% and football decreased 9% over the same five-year period.  With 63,563 boys playing high school now it is projected that 100,000 boys will be playing by 2026.  Minnesota added 1,000 boys volleyball players and 51 high school teams in the last two years alone.  Colorado just officially sanctioned boys’ high school volleyball and sanctioning initiatives and pilots are underway in 18 additional states.   New Men’s Volleyball programs have been initiated in 80 universities in the last five years alone – mostly at the DII, DIII, and NAIA levels. In 2018, First Point Volleyball Foundation provided Saint Francis College- Brooklyn (a Division I institution) a $100,000 grant to add Men’s Volleyball beginning in 2019-2020. 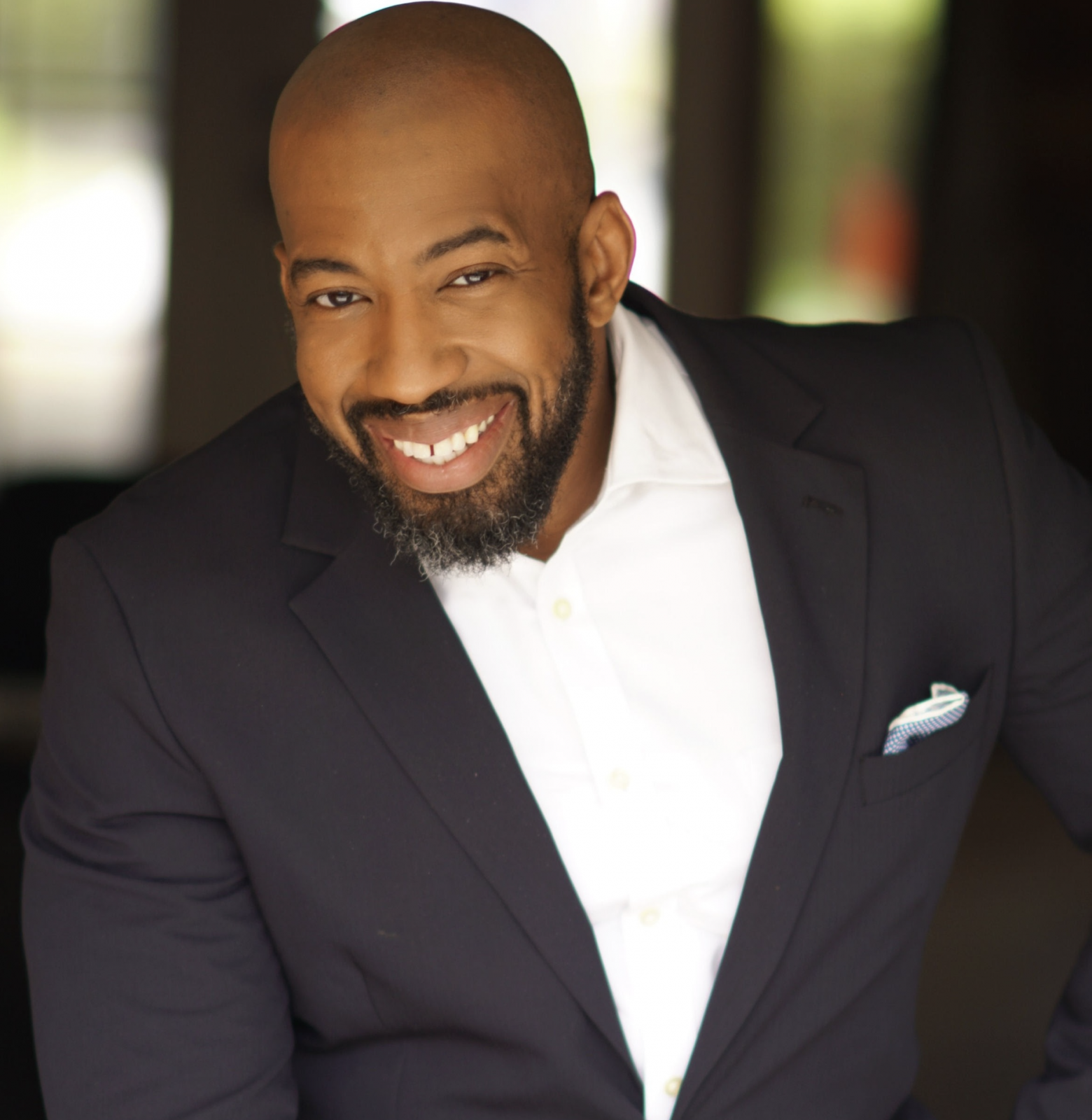 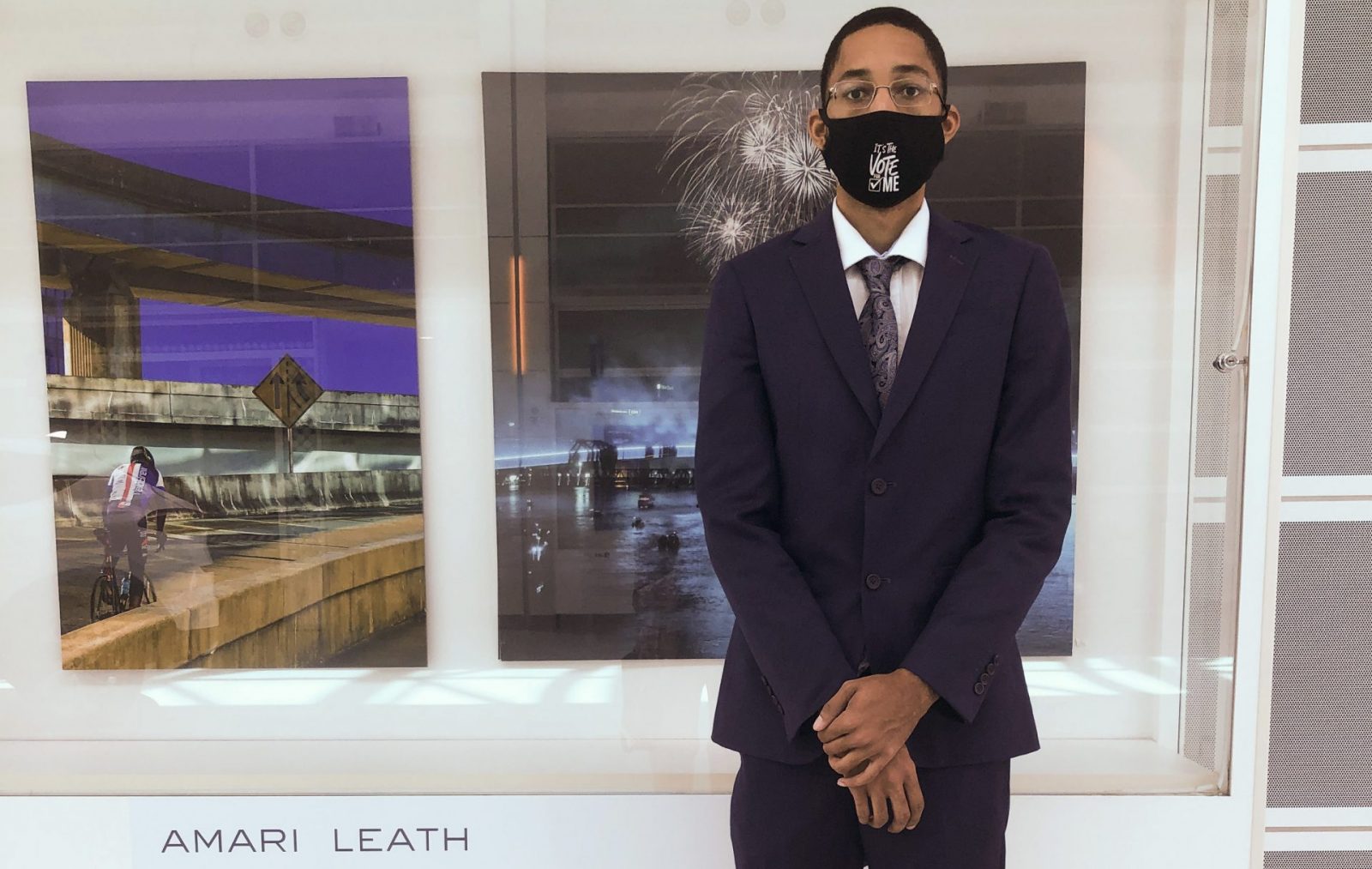